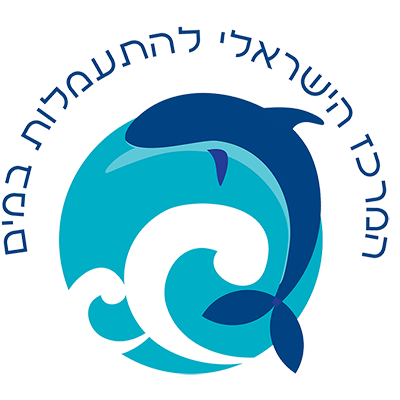 By Sandy Stoub and Mushi Harush

Everyone knows the power of the mind.  It controls all of our body processes through a series of electrical responses traveling through the central and peripheral nervous systems.  There is a significant complexity related to neuro-transmission and for as much as medical science knows about the function of the human body, much of the complex functionality of the brain still remains a mystery.  Mind/Body programs have become a popular trend in fitness and aquatics over the last few years and many organizations are creating mindful movement programs and incorporating yoga, Tai-Chi, Pilates, and Ai Chi into classes for all ages. This article looks beyond what is traditionally considered the mind and body linkage in fitness programs and considers the complexity of the brain and how cognitive retention can be achieved in the presence of exercise.  It is important to “exercise” both the body and the mind, and in tandem, the potential for improvement is significant.

One of the two largest health concerns expressed by seniors and baby boomers is forgetfulness.  As people are living longer, issues of dementia and Alzheimer’s disease is more prevalent.  Longevity has certainly shown these issues to be more evident.  During the course of normal aging, a particular type of memory, episodic, is lost.  While procedural memory (the how to) and semantic memory (what is) are both retained in the course of normal aging, episodic (where did I leave my keys, or who was in that movie?) seems to slip away.

Within our brain, billions of neurons send electrical and chemical signals that create memories.  Over time, the signals weaken, and the brain shrinks by about a half percent per year after the age of thirty, although the impact is not noticed for years.  Episodic memory relies on the frontal lobes, which starts shrinking first. Although people will accept an age-related decline in physical activity, mental decline is more frightening.

The study of brain “power” and brain “fitness” has emerged as a hot topic within the medical and gerontology community.  Research-based memory enhancement programs are being developed and marketed to retirement communities and other agencies who service persons who are aging.  In 2003 a study reported in the New England Journal of Medicine found that if a person participates in board games, crossword puzzles, reading, or playing a musical instrument were less likely to develop dementia than someone who did not engage in mentally challenging activities at all.  New products and services are being developed to enhance memory, some with staggering results.   The term “use it or lose it” applies to more than the body, it applies to the mind as well.

Since cardiovascular activity increases blood-flow to both skeletal muscles and the brain, one might ask if cognitive improvements could be enhanced when a brain power program was integrated into a physical fitness class.  Fitness professionals already know that when a person is both physically and mentally engaged during activity that the physical outcomes are improved.  In relaxation-based activity, a person can elicit a great relaxation response if they are quiet and mentally engaged, or are present in the moment.  How many of our participants seem to be going through the motions in a group setting, almost having an “out of body” experience.  Their body is in the pool, but their brain left the building.   Not only does distraction increase the risk of injury during exercise, but it also diminishes the return on their physical investment.

So, how do we incorporate mind and body coordinated activity into our programs?  As we combine the engagement of cognitive tasks during physical activity it trains a participant to muti-task, systematically, thus challenging the mind and body through stimulation of both systems simultaneously.  It coordinates the use of the procedural memory with semantic memory.   Drills and progressions enhance outcomes and games allow people to use their creativity and “inner child”. Here are a couple of simple games than can be easily incorporated:

The study of brain function, memory retention, and cognitive decline is critical to help fully understand the impact of aging.  As more persons live actively and independently as seniors, seeking to continue to be engaged fully with family and friends, the process of incorporating mindful movements, engaging the mind and body together in harmony, will continue to become an important element to consider as part of a wellness and lifestyle plan.  Explore this concept at IAFC in the AWS workshop “ Mindful Movements-Fitness for Mind and Body” being taught by Mushi Harush and Sandy Stoub.